COOL, RICH, SUPER SEXY that’s how I felt today at the fair wearing a best quality sabel by Tsoukas Bros.

I have no idea how many furs I tried today, what I do know is that I will have to earn lots of money to be able to afford to buy them!

Sable furs by Tsoukas Bros are indescribable. I never wanted to take it off. Sable furs shine like diamonds.

As soon as I entered the stand, there it was! click here to see the model

I found it straight away! A model that was tight at the waist how I like it, like a doll, really waisted, with a flared skirt with vertical work…A dream!

Maybe soon in the bank, instead of depositing money for my pension I will start a fund for buying a Tsoukas Bros fur😉

The same model in Blackglama mink is another great dream.

Soft as velvet, light as a feather it slides on your skin, following the line of your body enhancing it to the utmost….

Blackglama minks are of the highest quality and so soft and light that they seem like velvet. And these are the very characteristics that make them unmistakable!

I still think that women who don’t like furs ( those who are against fur) or who have never worn it don’t know what they are talking about or don’t have the money to buy them!

I spoke to you about Tsoukas Bros but really I saw and tried many FABULOUS furs.

I will talk to you about this more widely tomorrow because my first day at the fair was really intense. 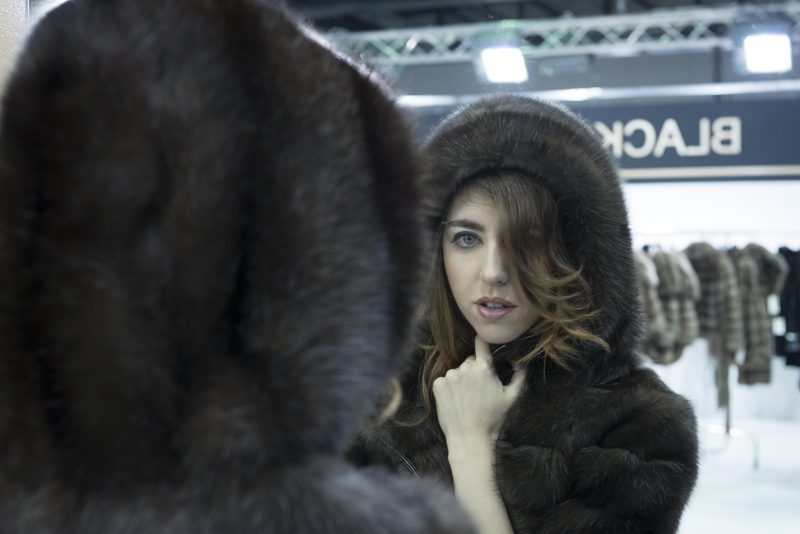