Chic fashion fair Shanghai 2016 the video and some advice for fashion brands that want to position themselves in China.

Chic fashion fair Shanghai 2016 showed me the scenario of the Chinese market very clearly. This post could prove very useful for all my followers who have fashion, accessory and textiles brands that want to position themselves in China.

China is in crisis?

Now you are thinking: but China is in crisis. Yes, it is in a phase of the crisis: in all markets, there are ups and downs, but the market absolutely hasn’t stopped. The Chinese market is just changing. China still has great purchasing power.

Until a few years ago it was enough to go to China with a brand with MADE IN ITALY written and the Chinese bought it. Today Chinese buyers are more careful, make aware choices look for a more sought after, quality product but with an affordable price. They look for brands that make the difference. A super commercial Italian brand with a neutral sign doesn’t work any more in China nowadays.

The Chinese are looking for what they can’t produce or don’t yet have.

In this case, I am referring precisely to the fur sector. “Old style” fur brands that go to China thinking to position themselves with super commercial-style fur that the Chinese are already producing may be of lower quality or worse still of better quality but at a lower price will never position themselves. Unless they market like crazy.

Chic fashion fair Shanghai is a fair that offers thousands of possibilities for positioning not only in China but all over Asia. In fact, the buyers taking part came from Korea, Japan, China, India…

Which brands would work well at Chic fashion fair Shanghai? The next edition will be in autumn from 11 to 13 October 2016

The brands that in my opinion would work well are innovative ones, with a fresh and unique style (also present on the web), and easy to wear.

Chic fashion fair Shanghai is a very intelligent exhibition because it proposes different types of brands – men’s and women’s accessories, luxury or middle range clothing, shrugs, a bit of everything. I didn’t find one pavilion with brands of the same target. So Chic attracts the attention of different types of buyer’s, various types of shops, department stores, malls. And much more.

At the fair I met lots of companies that are dear to me, friends’, followers‘ and clients’ brands, but I never had time to chat for more than twenty minutes because we were regularly interrupted by various buyers, designers and visitors. The brands that didn’t sell much anyhow made some excellent contacts.

Chic fashion fair 2016 is immense, enormous. I have collaborated with many fur and fashion brands: Kastoria, Iloe, Mifur, Fur Excellence in Athens I visited Mode Shanghai, Tranoi, Premier Vision, Premier Class, White Milano, Super… but believe me I had NEVER seen a fair so big and above all so full of people.

The fair is divided into pavilions: Italy, France, Germany, Turkey, Holland, China, Korea, Brazil, Japan and so on. In every pavilion, there is an office and press office and a room dedicated to shows. Every day in each pavilion there is a show with one or two of the exhibitor’s garments to give a quick idea, a sort of preview for buyers.

The QR CODES of WECHAT the most used social network in China were printed on the walls, windows, stands, floor etc..Everywhere. The Chinese use Wechat more than email. They live on WECHAT. I took some business cards with me but when I wanted to share my contact details I showed my QR CODE directly from my cell phone. 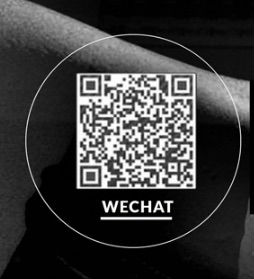 If you want to position yourself in China sign up to Wechat.

Below is some information regarding Chic fashion fair Shanghai March 2016 edition.

Photos with the team of Chic with my followers and expositors

Chic Shanghai international fair 2016 was without doubt a meeting point for the world of fashion. Began in 1993 it has been able to renew itself always responding to changes in society and customs to an increasingly international audience.

For the edition of March 2016 the numbers are sensational:

•104.592 professionals from 68 states and regions visited the fair

•20 seminars with a focus on scientific and technological research, including the new sales channels

The fair’s keyword is innovation, expressed in research, development and industrial transformation.

The Chinese market is growing strongly, as Chen Dapeng, vice president of CNGA at the head of Chic says, it is starting a great improvement in quality. Chinese clients in fact belong to a middle class that is rediscovering the important role of the quality / price ratio, with tastes that are more and more sophisticated.

This trend is also reflected in the professionals that visited the fair this year, in total 104.592. Even if slightly down compared to last year, they are increasing in quality and come from all over the world.

Chic was the occasion to relaunch some brands or to present new lines. Entering the Chinese universe, FIRS relaunched its Shanshan brand, Peacebird presented a new brand called WHAAM, that sprung from the cooperation between Ningbo Peacebird and Disney and designed for the youngest Chinese market.

The important Chinese brand SEMIR presented a new brand in the area of the fair called “New Look”, while Septwolves launched Totem Wolf, a fusion of Mao, Tibetana and Dai ethnic cultures. All through an innovative APP.

CHIC is not just China though, it takes us around the world. Compared to last year the international area was notably enlarged, including for the first time states like Holland.

It met approval both from

Gerald Roudine, organizor of he French pavilion PARIS FOREVER who defined this edition the best he had taken part in, and from the Italian pavilion LA MODA ITALIANA that had more visitors than last year.

There were excellent responses from the Braxilian Footwear Association Abicalcados, the Dutch Chamber of commerce, from the participants of the German pavilion, of the Union of exporters of leather and leather products of Istanbul (IDMIB) and of the London PURE, many of which have already renewed their participation for the next edition.