Dear fur lovers I’m sharing with you the photos of my first campaign as a testimonial for the luxury multi-brand shop Carlo Ramello in Monte Carlo.

The title of the fashion campaign is Lady Fur for Carlo Ramello Monte Carlo.

The fashion campaign was shot in Copenhagen during the first days of July. In the photo I am wearing a mink jacket rich of black inlay and white, gold and pear embroidery by Vladimiro Gioia.

I won’t hide that it is very exciting to see the advertising of Carlo Ramello in magazines and on the street with me. 🙂

This is the first but not the last campaign that I am doing. In August the second one for a brand of luxury cream will be publicized. I can’t wait to share it with you.

I am writing this post giggling because the Carlo Ramello campaign was remade twice. 🙂 🙂

The first idea was to make it in an art gallery. Look below for the photos. 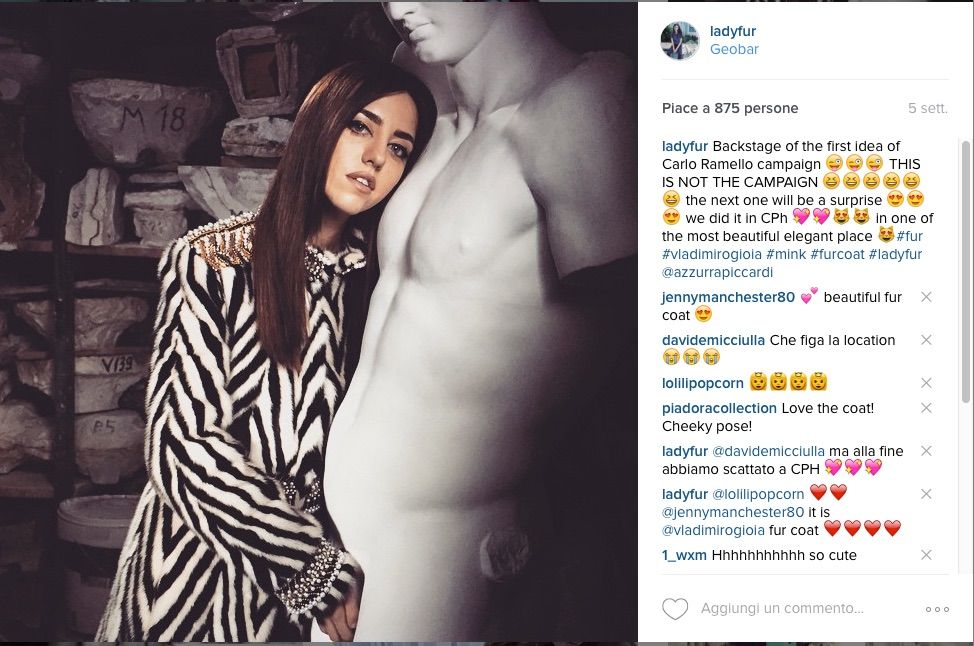 Lady Fur leaning on the bust of a statue with hand resting on his chest or lower parts. The photo was then framed with the image of the mane of a lion in black and white. The goal was to give a new image to the Carlo Ramello luxury store in Monte Carlo. It had to be a real break from the old image of short break.

Unfortunately, for a series of events, the photos did not come out. Azzurra Piccardi the photographer and I decided to take them again.

We opted for a fresher and more elegant image in line with the luxury target of Carlo Ramello’s customers.

The campaign will be published in late August and this winter on mega screens in Monte Carlo and Milan. It ‘has already been published in magazines such as Luxury Monte Carlo Times and some banners for Monaco. 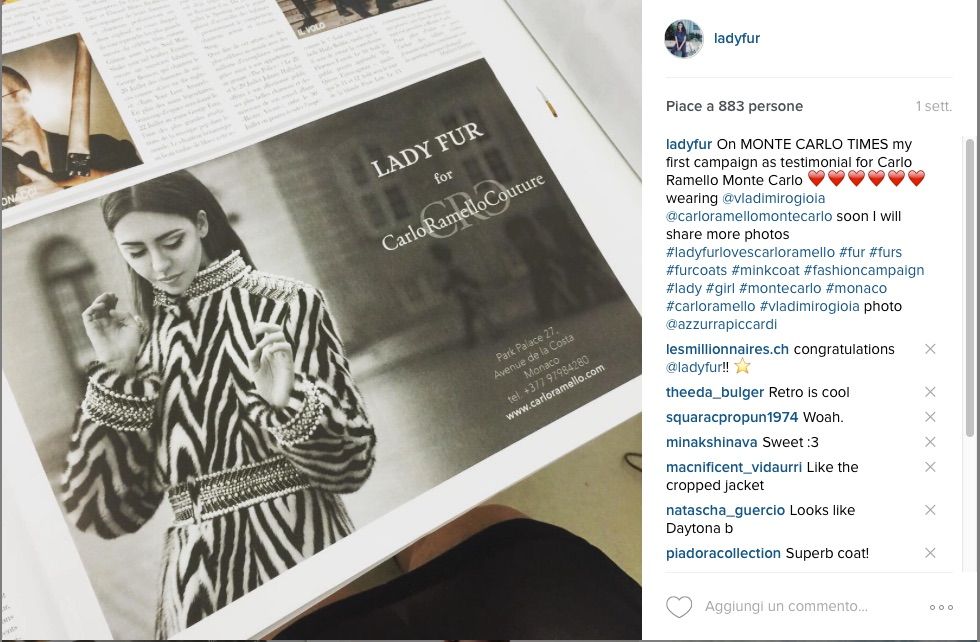