Carlo Ramello Monaco is the favorite brand of la crème de la crème from Monaco. He is famous in the French Riviera for his private events and his extremely luxurious fur collections.

Do you remember how fashion events where many years ago? Private rooms with a carefully selected guest list, live music, elegant models one more beautiful than the last wearing astonishing furs, champagne, tea, buffet with delicious and unique dishes.

Carlo’s events always work in this way, it makes you feel like you are inside of a movie.

Russian and Arab clients that stop by in Monte Carlo or in Cannes every year, pass by Carlo Ramello to update their winter wardrobes. 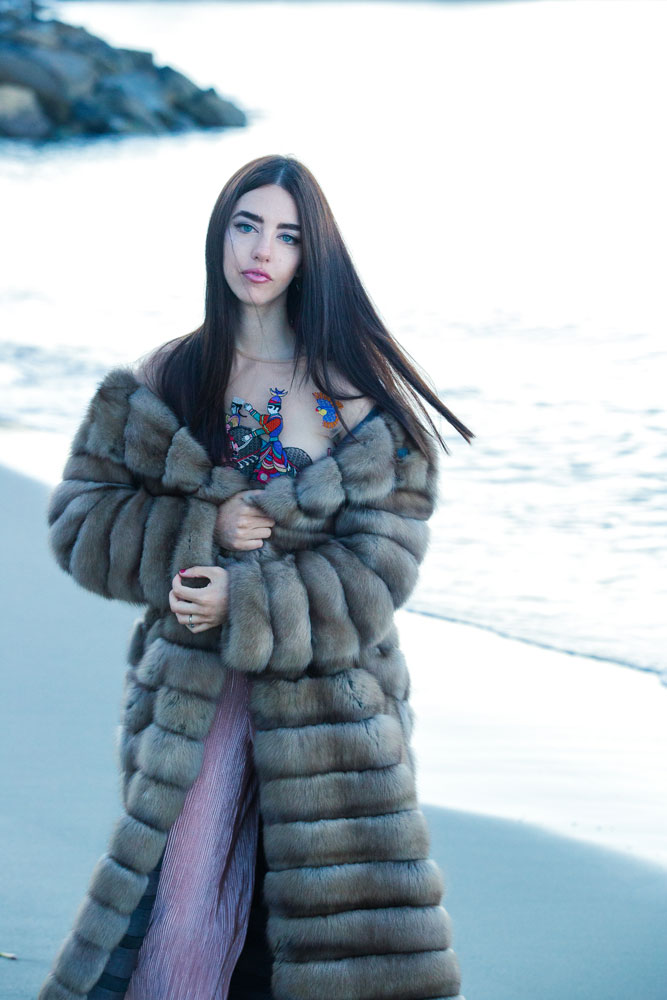 For the second year in a row I have been selected as a testimonial for his new advertising campaign that will be published in Monaco and Paris and maybe Milano. (I cant wait to go to Monaco and take a selfie right next to the ad).

Those who had followed me on social media, must have seen the backstage videos on Snapchat and Instagram I made during the photo shoot of the luxury fur brand Carlo Ramello Monaco

The pictures of the brand will be published on enormous LED screens and will also be printed on paper, you will see them in Paris and Monte Carlo, furthermore you’ll be able take a look at them on his new website that will be launched soon.

Carlo Ramello Monaco isn’t active online. Little by little, he will soon be. The restyling projects have already begun.

I highly recommend to take a look at Carlo Ramello Sanremo ’s Instagram and later on, pretty soon, Carlo Ramello Monaco will be reactivated.

Last year after the launch of his last campaign Carlo Ramello Monaco, where I was the official testimonial (in the past I have made post dedicated to this topic), he had organised a big event where I participated as the godmother of the event.

The royal family of Monaco participated in the event, Russians and Arabs. It was a success, A HUGE ONE.

The 10th of December Carlo Ramello Monaco will have a runway show in Monte Carlo where he is collaborating with La Chambre Monégasque de la Mode of Monaco. It will take place at the Four Seasons Hotel in the Golden Room.

The pictures where taken by Yana Khankatanova