“Karl Lagerfeld never touched a pair of scissors in his life.”  Azzedine Alaia

Photo and interview by Eric Waroll

I found this beautiful and really interesting interview about Azzedine Alaia on www.ericwaroll.com

This is the part which I was more impressed by:

“How do you feel about Karl Lagerfeld?

I don’t like his fashion, his spirit, his attitude. It’s too much a caricature. Karl Lagerfeld never touched a pair of scissors in his life. That doesn’t mean that he’s not great, but he’s part of another system. He has capacity. One day he does photography, the next he does advertisements for Coca-Cola. I would rather die than see my face in a car advertisement. We don’t do the same work. And I think that he is not doing a favor to young stylists who might think it works that way. They’re going to fall before they retire.

Have you some problems with Anna Wintour?
I said it before. She runs the business (Vogue) very well, but not the fashion part. When I see how she is dressed, I don’t believe in her tastes one second. I can say it loudly! She hasn’t photographed my work in years even if I am a best seller in the U.S. and I have 140 square meters at Barneys. American women love me; I don’t need her support at all. Anna Wintour doesn’t deal with pictures; she is just doing PR and business, and she scares everybody. But when she sees me, she is the scared one. [Laughs.] Other people think like me, but they don’t say it because they are afraid that Vogue won’t photograph them. Anyway, who will remember Anna Wintour in the history of fashion? No one. Take Diana Vreeland, she is remembered because she was so chic. What she did with the magazine was great, with Avedon and all the great photographers. Vogue remains while its fashion editors come and go.”

Well! Finally somebody says what he really thinks .  =)

To read the rest of the interview clik here 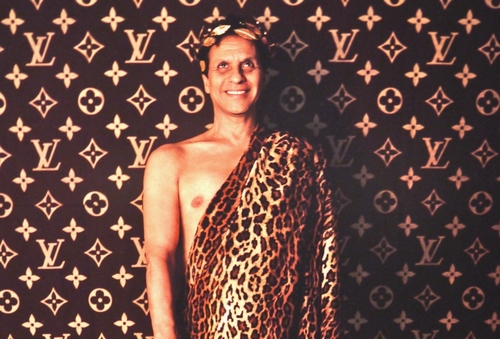 Photo and interview by Eric Waroll