An old typewriter. Deft fingers moving on it, intent on writing quickly words with precise meanings. An happy music reminding the tones of a town in Maine. Lastly, a sixty-something lady, with a round necked sweater and a pair of glasses on the tip of her nose, smiling at the paper the she’s filling with words. This is the most famous introduction to Angela Lansbury, better knows as Jessica Fletcher, main character of the Tv drama Murder, She Wrote, in italian La signora in giallo. Thanks to her singing and acting skills she became a true movie icon of our time, even if a lot of people forgot her passion for fashion, strictly classic, furs and cars. But let’s start from the beginning.

Angela Lansbury  was born in London in 1925, from Moyna McGill, an actress too – and for the most fanatical fans of the series, inspirer of Jessica Fletcher’s cousin surname – and Edgar Isaac Lansbury, a trader, died tragically when she was nine.

Since she was a child, she started to cultivate the passion for theatre, studying acting first at Webber-Douglas School of Singing and Dramatic Art, changing later to Feagin School of Drama and Radio in the United States, where she was hiding from the London bombing in that years.

In 1942 she was choosen as a cabaret performer and singer at a Nightclub in Montréal. Thanks to her mother’s knowing, then, she obtained some audition for MGM. She get a booking for the movie Gaslight in 1944, with her first Oscar nomination: that was an amazing success, because it was the first time lansbury appear on the big screen. Since then, her movie career was characterize by many successes and a lot of nomination to the most important awards for the show business. She will work with important italian actors and directors too, like Vittorio De Sica in The Amorous Adventures of Moll Flanders and Raf Vallone in Harlow.

A first step to the world fame remain the role of Miss Price in the Disney movie Bedknobs and Broomsticks, in wich she play muddler apprentice witch, who is looking for an enchantment lost since different time. That’s not the only collaboration with the big cartoons producer: in 1991 she dubbed Mrs Potts, the funniest teapot of Beauty and the Beast. Thanks to the song Beauty and The Beast, she won an Oscar.

The global consecration, although, will came in 1984.

The producers Richard Levinson and William Link, trying to recover the failure of the first season of Ellery Queen, they suggested again a Tv drama centred on adventure of a thriller writer who have to solve murder cases she is obligated to assist. This is the beginning for Murder, She Wrote, inspired by an Agatha Christie’s story, Murder, She Said. The main character, the nosy and kindly Jessica Fletcher, was given to Angela Lansbury, giving to her twelve years of successes, still suggested on TVv. Four successfull movies followed this series.

After the cancelled of the series in 1996, caused by the fall of the public interest, headed towards serieses like Friends, Angela dedicated her life to theatre and movies, appearing in a loto s shows in Broadway and in many movies for the big screen.

On the other side, her personal life was not too simple like that: in 1945 she married Richard Cromwell, sixteen years older. They divorced a few years later after the discovery about his bisexuality, making Lansbury the label of gay icon. Later, she married Peter Shaw, actor and producer, who has given to her two kids, Anthony Peter and Deirdre Angela.

However, Angela is certainly an icon of style, above all the austere one.

Fashion for Mrs. Lansbury is synonymous of femininity and elegance. Famous are her outfit in “Jessica Fletcher style”, composed by suits made by silk or velvet, often bright coloured, garish jewellery and Mary-Jane on foot. It’s not all: for her character were used cachemire sweaters, man tailored shirts, coloured scarf and the unfailing Burberry trench-coat, perfect for protecting her-self by the humidity of Cabot Cove. Angela often reflects Jessica in clothing, following her bon ton soul during galas.

Different style, but very closed to her lifestyle, is the one used by her cousin Emma McGill, played by Angela herself. In the series, Emma is a red-hair cabaret singer who loves to wear long and light dresses, often with a white silk pillbox on her head. Also in this case, elegance is not an optional, and the dresses are marked by important designers. Further, in real life the actress was portraited wearing fur coats, her real passion.

Now we only have to wait for seeing hera gain on the big screen in Adaline, a movie directed by Gabriele Muccino. During the waiting, I put on a DVD of the last episodes of the last seasons of Murder, She Wrote: I’m not pretty sure thet I remember which expedients Mrs Fletcher had used for framed those murderers. 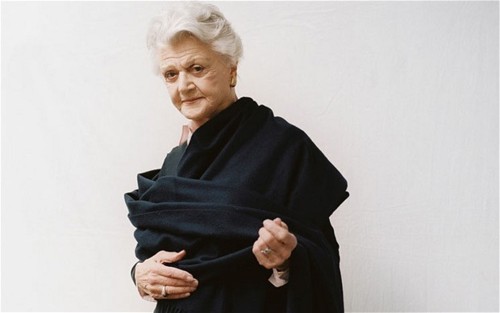 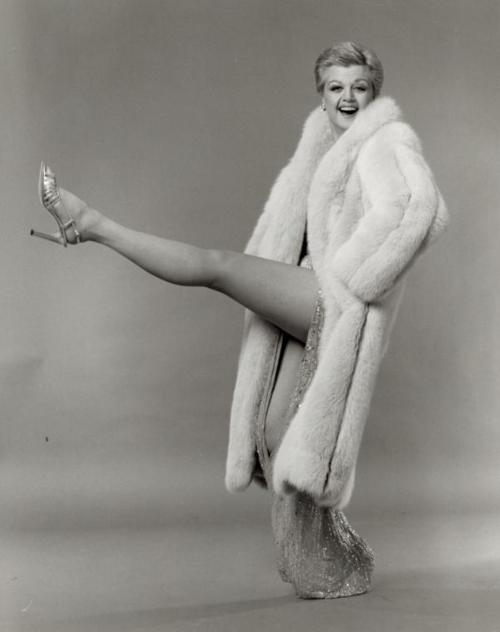 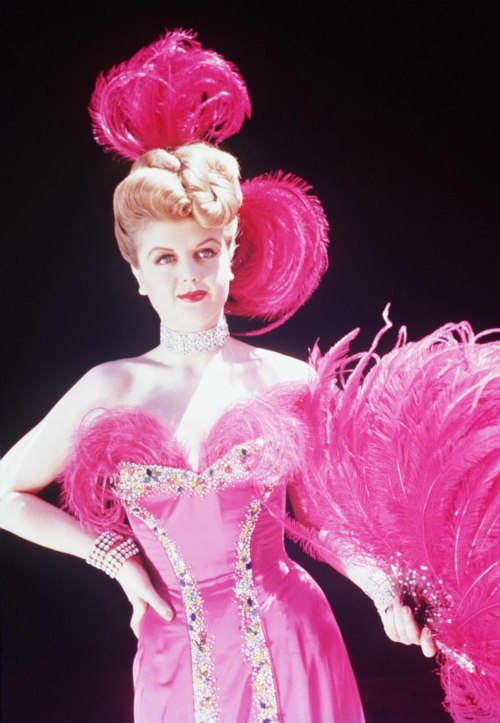